A downloadable game for Windows

(Now updated to have an option to turn on 3D cues [numbers representing the depth of bullets, enemies, and asteroids] to help with shooting.  I think the game looks better without the cues, but the cues may make it easier to play. Player speed has also been increased, to make it easier to survive after shooting an enemy.)

I tried my best to make sure the game follows all of the limitations (outside of controls) of an actual Intellivision game (I cannot guarantee I didn't miss something, however)

Because sprite scaling was not possible on the Intellivision (at least I don't think it was), I use a separate sprite for every size an object can take on the screen

8-bit sound effects made with sfxr

All artwork (besides GameMaker logos in installation and icon, and the font) is original to this game

Made for the Intellivision Jam

Same goes for enemy bullets, and the enemies and asteroids themselves, when hitting the player

B activates a bomb (of which you have three)

Score points by shooting and bombing enemies and asteroids, and by surviving as long as you can

The final score is displayed when the player is hit

Game made with GameMaker Studio 2

I like the concept, but I'm so bad at it. Can you give me pointers on how to shoot the enemy ship?

It is difficult for me as well. The idea is that it is shooting in "3D" like a real On Rails Shooter, but since there is no scaling and no real 3D, it is difficult to see. I also thought about coloring the sprites to represent the depth, but then I realized that couldn't be done on the Intellivision.

As far as shooting the enemies goes, I would only go for shooting enemy ships when you are in a good position to shoot and get away. Shooting asteroids is less dangerous. I usually get up close because it is easiest to hit them when they are on the final level of depth and are right in front of you. I got the mass majority of my points by using bombs once a large number of enemies appeared.

Now I updated it to have an option to turn on 3D cues to help with shooting. Player speed has also been increased. Hopefully this will make it easier to hit enemies and survive.

Cool game even though I am terrible at it. I especially like the sound.

Thanks. I think the hardest thing is to remember that the bullets will only hit targets at the same "3D" level. I'd suggest prioritizing survival over shooting enemies (and then using bombs once too many enemies start appearing on screen), but go ahead and shoot them if you have a good, safe chance.

By the way, my highest score is 394. See if you can beat it! Tip: Save your bombs for when enemies really start appearing quickly, because that is when large numbers of them can be on the screen at once, giving you more points! 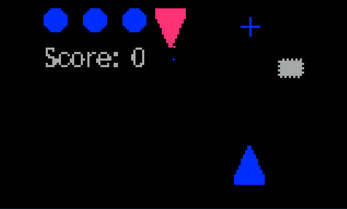 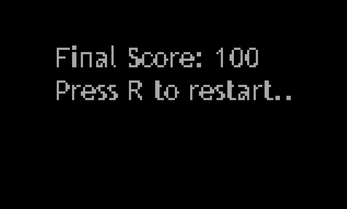 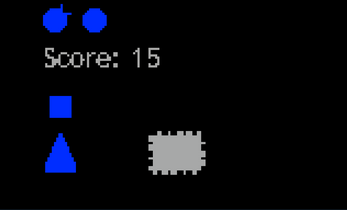 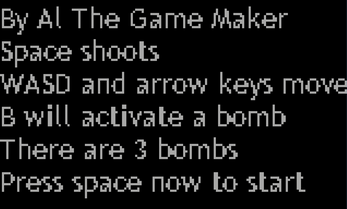